The following essay is what I wrote as a writing assignment of an English school AEON. The title this time is “Food Safety” and I described three notorious incidents in Japan.

We eat to live, not we live to eat. Food is, however, one of the most essential parts for our health. In the traditional thought of oriental medicine, foods occupy the crucial part of medication. In Japan, we believe that we can drink rather safe water and eat mostly safe foods. Despite the alleged fact that Japan is the safest country in the world for water and foods, it does not mean that Japan is 100% free from risks caused by poisonous water or foods. Let us look at three notorious examples happened in Japan from the late 1950’s to the present:

(1) Morinaga Milk arsenic poisoning incident (1955)
Dry milk corrupted by arsenic produced at the Morinaga’s Tokushima factory killed 130 infants and 12,044 suffered from arsenic intoxication for a long period. This is practically the first incident in Japan where the safety of food was strictly reviewed and the related consumer protests were highly activated. Because this incident happened during the country’s rapid growing period, the then government tried to protect Morinaga rather than to defend the victims and actually oppressed the related consumer activism. In 1969, 14 years after 1955, a professor at Osaka university found that the victims still suffered from aftereffects and it stirred up strong boycott campaign in all over Japan. Morinaga finally accepted its responsibility and closed its Tokushima factory in 1970.

(2) Kanemi oil symptoms (Yusho) incident (1968)
Because of edible oil contaminated by PCB (polychlorinated biphenyl), more than 14,000 people suffered from skin and visceral disorder. Some pregnant mothers gave birth to so called “black babies” and it stunned people all over the world. The oil was produced by Kanemi Warehouse company and PCB that was used as a heat medium in the production line leaked from wrongly allocated pipes and was mixed with edible oil. PCB changes to dioxins once heated and caused many health troubles for the victims. The production and import of PCB were prohibited in 1975, although it had been until then widely used as a good insulating material.

(3) Yukijirushi mass food poisoning incident (2000)
14,780 people who drank Yukijirushi’s low-fat milk described symptoms such as diarrhea, nausea, or abdominal pains. Despite the fortunate fact that no one died, it was the biggest incident related to food safety in Japan. In this case, the reaction of Yukijirushi was quite bad and what the CEO said in an interview was harshly criticized. (He said that he has not slept at all by the incident). Although Yukijirushi was one of the biggest food related companies at that time, it lost its market share in a very short period and it was finally absorbed by another company.
The current relatively safer status for food was built upon such harsh experiences. Some weekly magazines now frequently report the risk of foods imported from China. We can be sure that China will also experience such incidents in the near future. (Please note that many visitors from China to Japan often buy Japanese dry milk including Morinaga’s claiming that they are much safer than Chinese companies’ products. It sounds very ironic.) 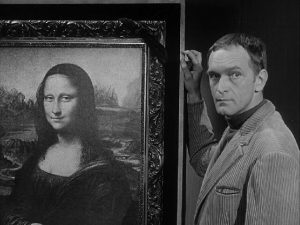