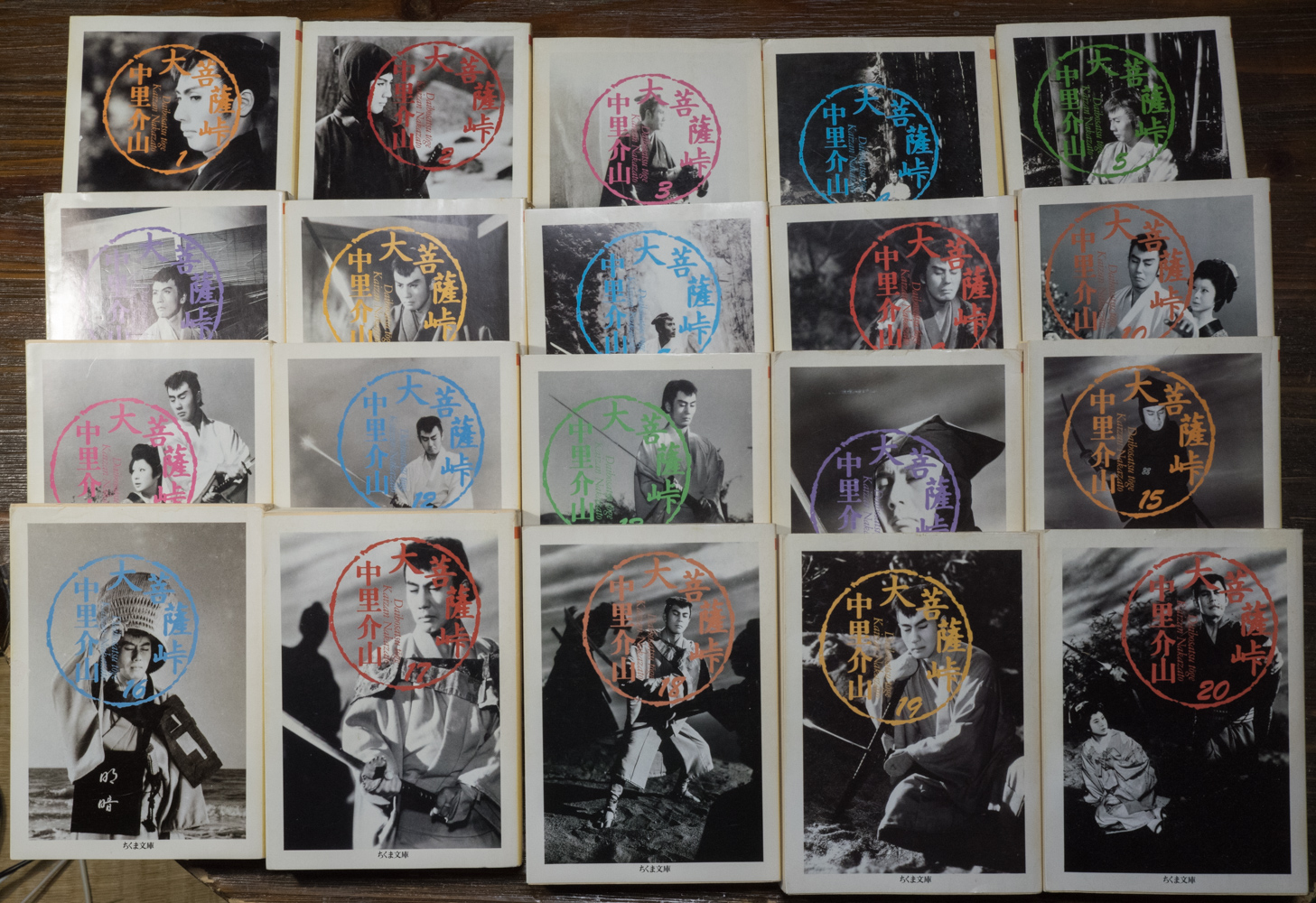 Everybody agrees that Kaizan Nakazato’s (“中里介山”) “Dai Bosatsu Touge” (“大菩薩峠”, Dai Bosatsu pass) is the first typical example of public romance in Japan, excluding the author himself. He did not accept at all that his novel is classified as a public romance, instead he called it a “Mahayana novel” (“大乗小説”). (Mahayana Buddhism is a school of Buddhism that was missionized in East Asian countries including Japan.)
It is true that the novel is in many aspects beyond any classification. As you can see in the picture, it has twenty volumes in Japanese paper book style, and continued for 28 years (1913 – 1941) to write, yet is still uncompleted.
When we start to read this novel, we are shocked by the first scene where the hero, Ryunosuke Tsukue (“机龍之助”), kills an old male pilgrim on the top of Dai Bosatsu pass without any specific reasons. He further kills Fuminojo Utsuki by a match at a shrine and kidnaps Fuminojo’s wife and rapes her. You may think then this novel is a picaresque roman, but the hero is not at all jovial but very nihilistic. He will become blind later by an accident, but he still keeps killing many innocent people without clear motives.
Although we classify the novel as “public” romance, this novel is rather favored by intellectual people, as Hiroshi Nakatani (“中谷博” ) pointed out. In 1910, Taigyaku affair (“大逆事件”) occurred and Shusui Kotoku (“幸徳秋水”) and his fellows were sentenced to death by the suspicion that they planned to assassinate the emperor of Meiji. The suppression was much strengthened after the affair, and many intellectual people (among them there were many socialists or anarchists) felt depressed. For them, the acts of Ryunosuke, who kills people disregarding conventional morals completely, were kinds of relief.
The novel was turned into a play by Shinkokugeki (“新国劇”) in 1921, and the sword actions in the play made this novel and Ryunosuke Tsukue very popular. It has been so far picturized as well for five times, though all of them handle just early parts of the novel. Through the play and the movies, Ryunosuke Tsukue became a typical character type in Japanese public romance, and we can find many mimics.
Because the intellectual right of the author has already expired, you can read this novel on the internet. As for English translation, I don’t think it has been released, unfortunately. If you try to understand public romance in Japan, however, this work is a must-read.

P.S.
I found an English translsation by C. S. Bavier at a museum in Hamura city. (Hamura is Kaizan Nakazato’s birthplace). It was released in 1929 as one volume book. Perhaps it might be a digest version or a translation of the beginning part.  (August 14, 2018) 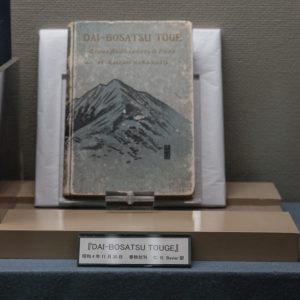