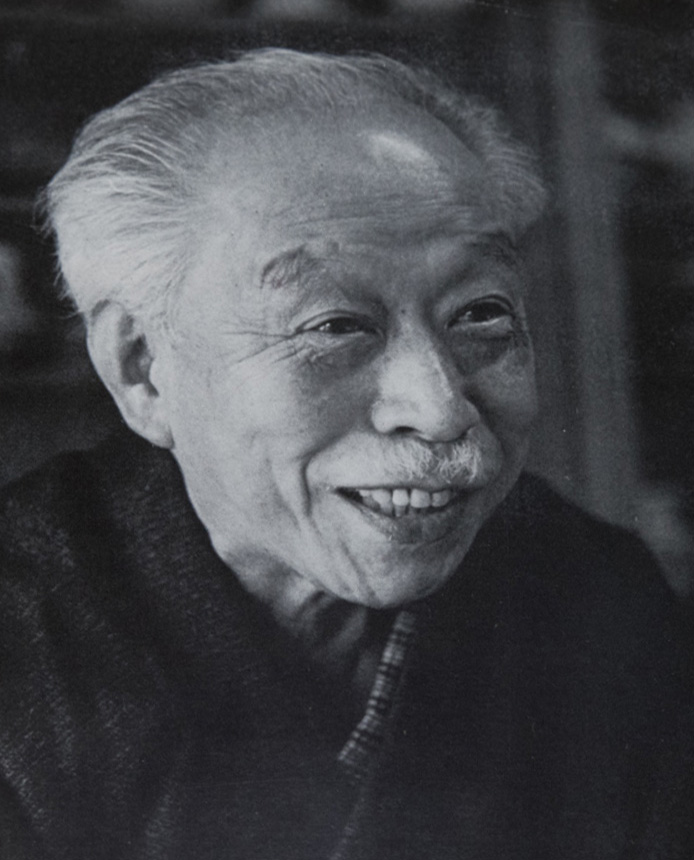 Kyoji Shirai in 1970, when he was still serializing “Priester Tenkai” in a Buddhism magazine, at age 80.

In 1925, he organized a party of public romance writers called “Niju-ichi-nichi-kai”, as I introduced in my fourth article. Soon after that, he collaborated with Heibonsha (“平凡社”), a publisher which was famous for the publication of an encyclopedia, in planning a new complete set of public romance dubbed “Gendai Taishu Bungaku Zenshu” (“現代大衆文学全集”, a complete set of modern popular literature), which was finally published in 40 volumes. (Later another 20 volumes were added, so the total volumes were 60.) The first issue (the volume one) was Kyoji’s “Shinsen-gumi” (“新撰組”), and around 330 thousand copies were sold. This contributed to the success of the set and appealed at the same time popularity of public romance. (At that time, since the sales profit of the first volume was used to publish the following volumes, the success of the first volume was quite important.) The royalties of this publication helped many public romance novelists economically. Among them, especially, Rampo Edogawa is alleged that he could build a new house by the reward of this set.
In 1935, Kan Kikuchi (“菊池寛”), the president of Bungei Shunju-sha (“文芸春秋社”), set up a literary award for public romance, named “Naoki prize” (“直木賞”) and Kyoji became one of the first judges and had continued that role until 1942.
Some of his other important works before the end of World War II were “Sokoku wa izuko he” (“祖国は何処へ”), which was his second quite long story, “Sango Jutaro” (“珊瑚重太郎”), or “Bangaku no issho” (“盤嶽の一生”, the life of Bangaku). The last one was picturized by Sadao Yamanaka (“山中貞雄”), who is famous for his last film Humanity and Paper balloon (“人情紙風船”), in 1933. Although the film was unfortunately lost by the war, Kon Ichikawa (“市川崑”), another famous movie director in Japan who picturized the first Tokyo Olympic, watched this movie and was very impressed when he was a kid, and he directed the TV drama of this novel in 2002.
The period after World War II was not a good time for Kyoji. For one thing, public romance was much damaged by the policy of GHQ (General Headquarters of the Allied Forces), which occupied Japan from 1945 through 1952, to prohibit expression to praise traditional morals in Japan, alleging that such morals fueled the Japanese ante bellum militarism. Secondary, people required simpler, much vulgarer novels which handle mostly sex-related matters after the end of the war. Not to mention Kyoji, most of other novelists of public romance suffered as well from these circumstances. They had to wait the revival of public romance in 1960’s. Kyoji, however, under such unfavorable conditions, has never stopped to release his novels. In 1970, when he was 80 years old, he was still serializing “Kokui Saisho Tenkai Sojo” (“黒衣宰相 天海僧正”, Priester Tenkai, a chancellor with black attire) in a Buddhism magazine named “Dai horin” (“大法輪”). Examples of his other important works after the war are, “Kirigakure Emaki” (“霧隠繪巻”), “Yukimaro Ippon Gatana” (“雪麿一本刀”), or “Kuni wo aisu saredo Onna mo” (“国を愛すされど女も”), etc.
Kyoji died in1980, at age 90 at his daughter’s home in Ibaraki prefecture.
None of his works has been ever translated into foreign languages, regretfully to say. Around in 1928, however, Yale University in the USA contacted Kyoji asking to allow it the right of an English translation of “Fuji ni tatsu kage”. The university asked Kyoji to offer a digest version at around 40% length and he accepted that condition. He could not offer a digest version because of his busyness and the translation was not done accordingly, to our regret.