(Again, the following essay is what I wrote as an assignment of AEON.)

Bullying in Japan is a serious, insidious, wide-spread, and long-lasting problem, not to mention bullying in schools. In the Edo era, there was a custom called “Mura hachibu” in most villages in Japan. It was a form of Japanese ostracizing, and if a resident of a village violated the laws of the village or disturbed the peace, all other residents terminated the communication with him/her in addition to the ban of the usage of common water and fuel. This system was often abused by some leaders of villages as a means of eliminating unfavorable person for them. There was no option other than to leave the village for the person who was declared “Mura hachibu”. Although this custom was judged to be illegal by the supreme court in 1909, we still hear similar cases even now.

If we describe some characteristics of bullying in Japan, the followings can be exemplified:
(1) It is usually done in a closed, small community (including a class in a school).
(2) There is/are a bully or bullies and a/some victim(s) and the others who are just neutral bystanders and are reluctant to stop bullying.
(3) It is mostly conducted in an insidious way, in stealth, without being seen e.g. by a teacher.
(4) It can start without any specific reasons and it usually lasts long.

From above mentioned characteristics of bullying, most cases are difficult to detect from the outside, and many teachers in schools are not aware of them. As for the others aside from bullies and victims, it is quite difficult for them to stop bullying because they fear that they would also be the targets of bullying if they try to stop them.
One of the harshest cases of bullying happened among groups of children who evacuated from the metropolitan areas in Japan during World War II. For example, a Japanese novelist Nobuhiko Kobayashi evacuated from downtown Tokyo to the Hanno city in Saitama. All children who evacuated there experienced serious lack of food and bullying among children was quite harsh. Kobayashi was forced to stand in a urinary pot with bare feet during the night. (He later wrote two novels based on the experiences at that time). There were a plethora of similar stories at that time.
In Japan, people are often implicitly forced “to read the air”, namely to sense the atmosphere in a group and to follow others. If we try to stop bullying in the future, it is vital to strengthen the independence of every single person so that anybody can have a courage to stop bullying.

Nobuhiko Kobayashi, Fuyu no Shinwa (A Myth in Winter) 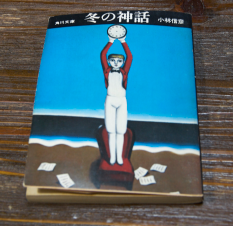 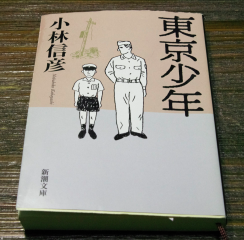