The following essay is what I wrote as an writing assignment for an English school AEON:

I still remember the principal of my high school well. His name was Maurice Picard, and he was also called Brother Horace. He was both the third and sixth principal of St. La Salle High School in Kagoshima. His tenure as the sixth principal was from 1975 to 1982. I was in the school from 1977 to 1980. Very sadly, he died in 1982 from cancer at just 61.
He was a Canadian, and was silent, gentle, and decent. His belief of God was true and firm. When an important ceremony was going to be done at the school, he always said to us that he would pray for good weather to God, and it was always realized! We called it a miracle of Brother Horace.
Since he was the principal of the school, he just took part in the lesson of “Bible History”. It was not at all a forced religious lesson, but he just tried to give us some basic knowledge of the bible. When he checked the attendance of the students at the beginning of the lesson, he called the names of the students including both first and family names with 100% accuracy. Some given names are difficult to read even for us Japanese, but he was memorizing all names of 1,200 students both at the junior high school and the high school. In the lesson, he taught us many Christmas carols that I still remember well. (One funny thing was that he pronounced “Hark the herald” as “Ark the (ði) Erald” because he was from Quebec in Canada where people speak French).
My passed mother was shy and she scarcely opened up with someone whom she met for the first time. But when she first met Brother Horace, she soon came out of her shell and became a big fan of Brother Horace.
I put a photo of my certificate of graduation from the high school in this document. You can see in the left some English descriptions. Brother Horace wrote them for all 250 graduates’ certificates by himself (they are not printed). It proves his sincerity. Now there is a relief of him placed in the high school campus. We (all La Salle boys) strongly believe that he died earlier because he was so much loved by God. 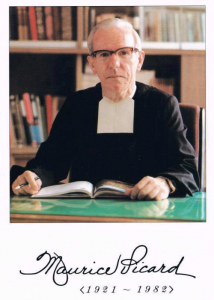 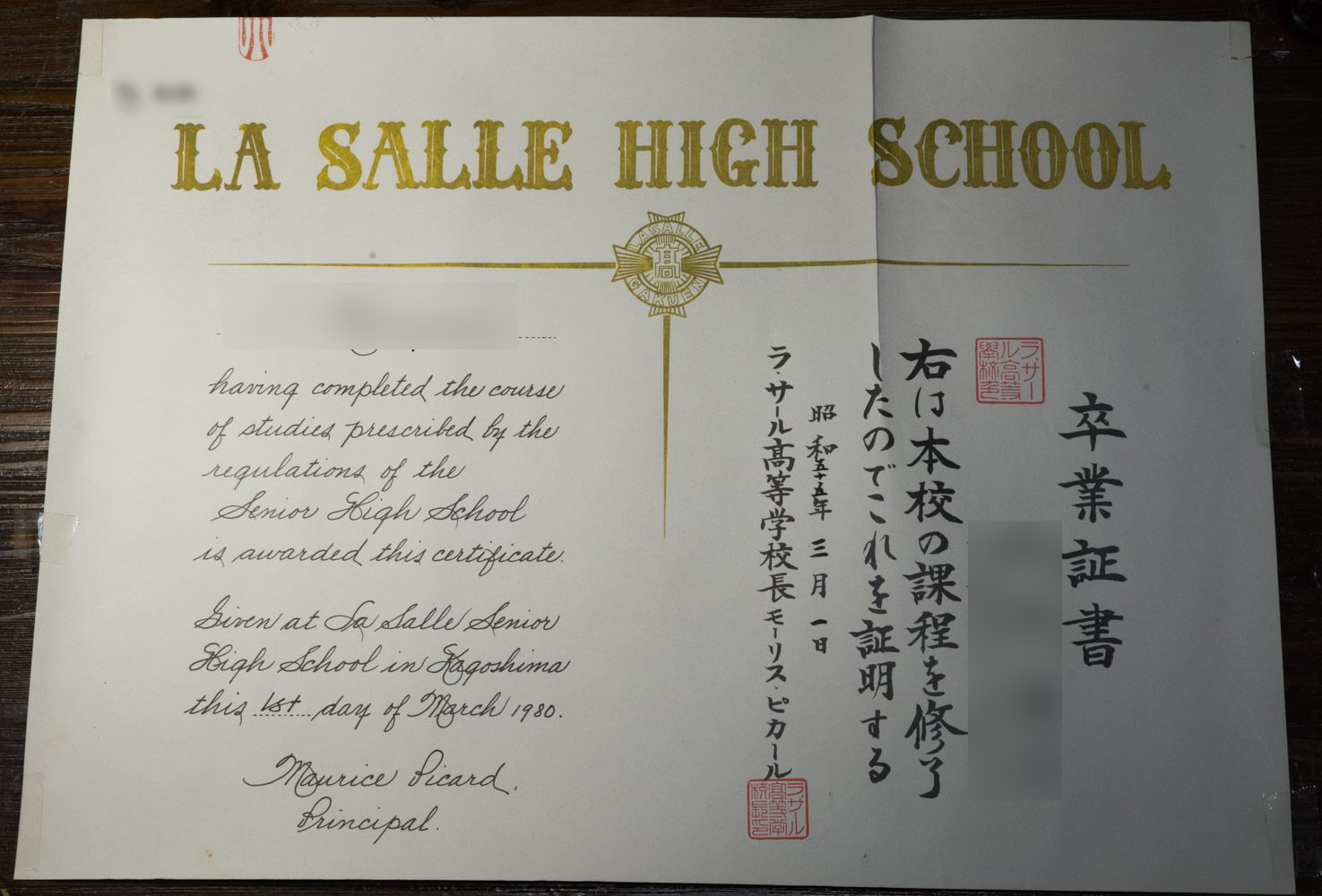